The Worst Trade Ever 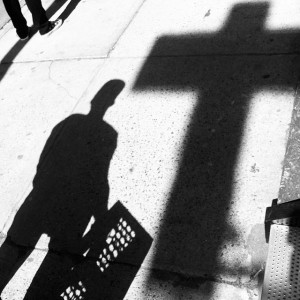 In 2008, The Lakers traded Kwame Brown to the Memphis Grizzlies in exchange for Pau Gasol.  People were perplexed, but the recipient of the better end of that trade (the Lakers) were so thankful and grateful because they knew what Gasol’s addition could lead to and it eventually led to two NBA Championships.  At the time, I thought that was one of the craziest trades ever, but then I was reminded of an even worst trade that was mentioned in the Bible in the book of Romans.

For while we were still weak, at the right time Christ died for the ungodly. 7 For one will scarcely die for a righteous person—though perhaps for a good person one would dare even to die— 8 but God shows his love for us in that while we were still sinners, Christ died for us. 9 Since, therefore, we have now been justified by his blood, much more shall we be saved by him from the wrath of God. 10 For if while we were enemies we were reconciled to God by the death of his Son, much more, now that we are reconciled, shall we be saved by his life. 11 More than that, we also rejoice in God through our Lord Jesus Christ, through whom we have now received reconciliation.

In a trade that was more mind-blowing than the Kwame Brown/Pau Gasol trade, Romans 5 tells how Christ traded us His righteousness for our wretchedness and endured the wrath of God that was meant for us.  His irrational display of love paid a price we could have never paid and because of this, those who believe (John 3:16) will be able to have eternal life in His presence.  The same way the Laker fans were celebrating and giving thanks for the Gasol trade, we as believers ought to be even more joyous because we know the “Jesus trade” will inevitably lead to our eternal reward.

With this trade in mind as we enter the Thanksgiving season, it helps put Paul’s writing in perspective when he wrote to the Thessalonians to “Give thanks in all circumstances for this is the will of God in Christ Jesus for you” (1 Thess. 5:18).  Notice he didn’t write “give thanks in good or favorable circumstances” but rather all circumstances, good and bad.  The reason that was written is because when we make that trade with Jesus and place our trust in His completed work, we will have contentment with him being our portion (Psalm 73:26), which naturally will lead to not just a season, but a lifetime of gratitude and thankfulness.

So with the reminder of “the worst trade ever” in our minds as we celebrate Thanksgiving, I hope in all circumstances we can see God’s goodness and give him the thanks, praise, glory he so rightfully deserves.  Happy Thanksgiving!

Love this post! So true!!! Thanks for posting this. It is always good to be reminded of these things as Christians.

Great, accurate illustration! As a Christian AND a Lakers fan I can appreciate that.