The Way of Demas 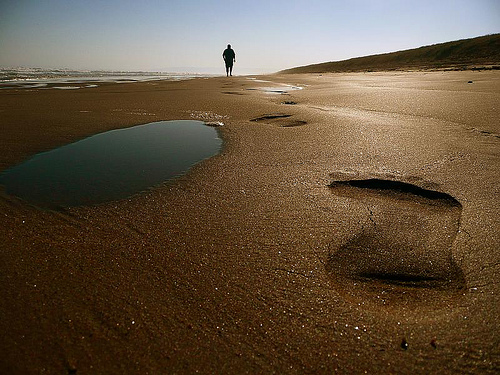 Throughout the ages, there has been an ongoing debate over the nature of salvation within the umbrella of Christianity. You have those who believe that God is completely sovereign over who will and/or will not be saved, and has foreordained his elect. That camp is known as Calvinist. There are those who believe that God has given man free will to choose salvation or not (this applies to pre and post belief in Christ). That camp is best known as Arminian. And finally there are those who believe “once saved, always saved”, regardless of what one does — Jesus died to forgive all sins; past, present and future. That camp is known as Hyper Grace. In addition, outside of the umbrella of Christianity, most other faiths believe that salvation is obtained by works. That is, the harder you work, the better your chances are for obtaining paradise. I do not know what side of the debate you fall on, but I myself see the strengths and weaknesses of them all. However, if I had to choose, I would lean towards the side of Arminian for several reasons. One of which I would like to share with you today.

One of my favorite persons in the Bible is a man named Demas. Even though he is only mentioned 3 times, his life is a monumental example for the followers of Christ Jesus. Lets take a look at these passages and see what nuggets we can pull from them.

Epaphras, my fellow prisoner in Christ Jesus, sends greetings to you, and so do Mark, Aristarchus, Demas, and Luke, my fellow workers. Philemon 1:23-24 ESV

Luke the beloved physician greets you, as does Demas. Colossians 4:14 ESV

Do your best to come to me soon. For Demas, in love with this present world, has deserted me and gone to Thessalonica. Crescens has gone to Galatia, Titus to Dalmatia. 2 Timothy 4:9-10 ESV

Before we exegete these passages, lets give some insight into the type of man Paul was. To call him a straight shooter would probably be an understatement. Paul had no problem telling you what he thought and how he felt. And if you were in error he would confront you in the presence of everyone. I want to give some scriptural examples so you can better understand my meaning.

Alexander the coppersmith did me great harm; the Lord will repay him according to his deeds. Beware of him yourself, for he strongly opposed our message. 2 Timothy 4:14-15 ESV

But when Cephas came to Antioch, I opposed him to his face, because he stood condemned. For before certain men came from James, he was eating with the Gentiles; but when they came he drew back and separated himself, fearing the circumcision party. And the rest of the Jews acted hypocritically along with him, so that even Barnabas was led astray by their hypocrisy. But when I saw that their conduct was not in step with the truth of the gospel, I said to Cephas before them all, “If you, though a Jew, live like a Gentile and not like a Jew, how can you force the Gentiles to live like Jews?” Galatians 2:11-14 ESV

Trust me the list goes on and on. I mention this because I don’t want you to miss the importance of Paul mentioning Demas in a positive light. Had Demas not been a faithful believer in the Lord, living and proclaiming the Gospel, then Paul would not have mentioned him at all or warned against his error. Paul does neither, leaving us to believe that Demas truly was a sold-out follower of Christ. Secondly, we see that Paul mentions Demas as a “fellow worker” giving the impression that Demas was also in ministry, possibly the same evangelistic ministry as Paul. If this is the case, we can be sure that like Paul, Demas too faced myriads of hardship, persecution, rejection, temptations, and trials on a constant basis. Thus, Demas is not your average Sunday morning nominal Christian. He was on the front lines battling the black gate of enemy.

Nevertheless, there was something within him that caused him to fall away. Paul says he fell away because he was “in love with this present world“. Now it is easy to read that and write it off as if that couldn’t be you, but Jacob (James) warned us in chapter one of his letter.

Let no one say when he is tempted, “I am being tempted by God,” for God cannot be tempted with evil, and he himself tempts no one. But each person is tempted when he is lured and enticed by his own desire. Then desire when it has conceived gives birth to sin, and sin when it is fully grown brings forth death. James 1:13-15 ESV

Demas was “lured and enticed” by his love for the world. And the worst part is that there is no biblical reference to him returning to the faith. 2 Timothy is the last letter written by Paul. What temptations exist in this life that could cause you to fall away? What guilty secret pleasures hide in the crevice of your mind? Let’s be honest. Everyone is struggling with something. And all of us are a little more evil than we’d like others to see. I know we all love the parable of the prodigal son because we all can identify with the young man. We’ve all turned away from our heavenly Father for what ever reason. But I’d like you to take time and think, what would have happened had the young man died while he was in the world?

I have not written this to scare you into salvation or to get you to work harder to maintain your salvation. Both of these are blasphemous to the work that Christ has done on the cross. However, I have written this as a warning to daily crucify your flesh, pick up your cross, and follow Christ knowing that those who keep their lives will ultimately lose it, but those who lose their lives for Christ’s sake will take it up again (Matthew 16:25; Luke 9:24). Every believer has security of salvation in Christ. I do not believe for one second that it is possible for us to lose our salvation, though I do wholeheartedly believe it is possibly to willingly give salvation up. There will not be anyone in heaven who does not want to be there. And just as the angels willingly left the presence of the Lord (Jude 1:6), we too have that choice. I often give an analogy when discussing matters such as this and I feel it appropriate to share with you as well:

When we are on a plane (saved), we are safe and secure knowing that we will make it to our destination (security in Christ). We don’t fly the plane (work), we just enjoy the ride given (grace) as we are taken to where the plane is going (paradise). No one can fall out of a plane (lose salvation), you have to intentionally get out of your seat, walk to the door, open the hatch and jump (walk away from faith).

Please reject the way of Demas. Let his failings be an example for us to stay within the will of the Lord, denying our flesh daily. Let us persevere and contend for the faith (Jude 1:3), knowing that the same spirit that raised Christ from the dead will also raise us up on that great day (Romans 8:11). So fight the good fight of faith, taking hold of eternal life, for we are called for it (1 Timothy 6:12). Judah (Jude) says it best in his epistle:

But you, beloved, building yourselves up in your most holy faith and praying in the Holy Spirit, keep yourselves in the love of God, waiting for the mercy of our Lord Jesus Christ that leads to eternal life. And have mercy on those who doubt; save others by snatching them out of the fire; to others show mercy with fear, hating even the garment stained by the flesh. Jude 1:20-23 ESV