Tomorrow is Too Late 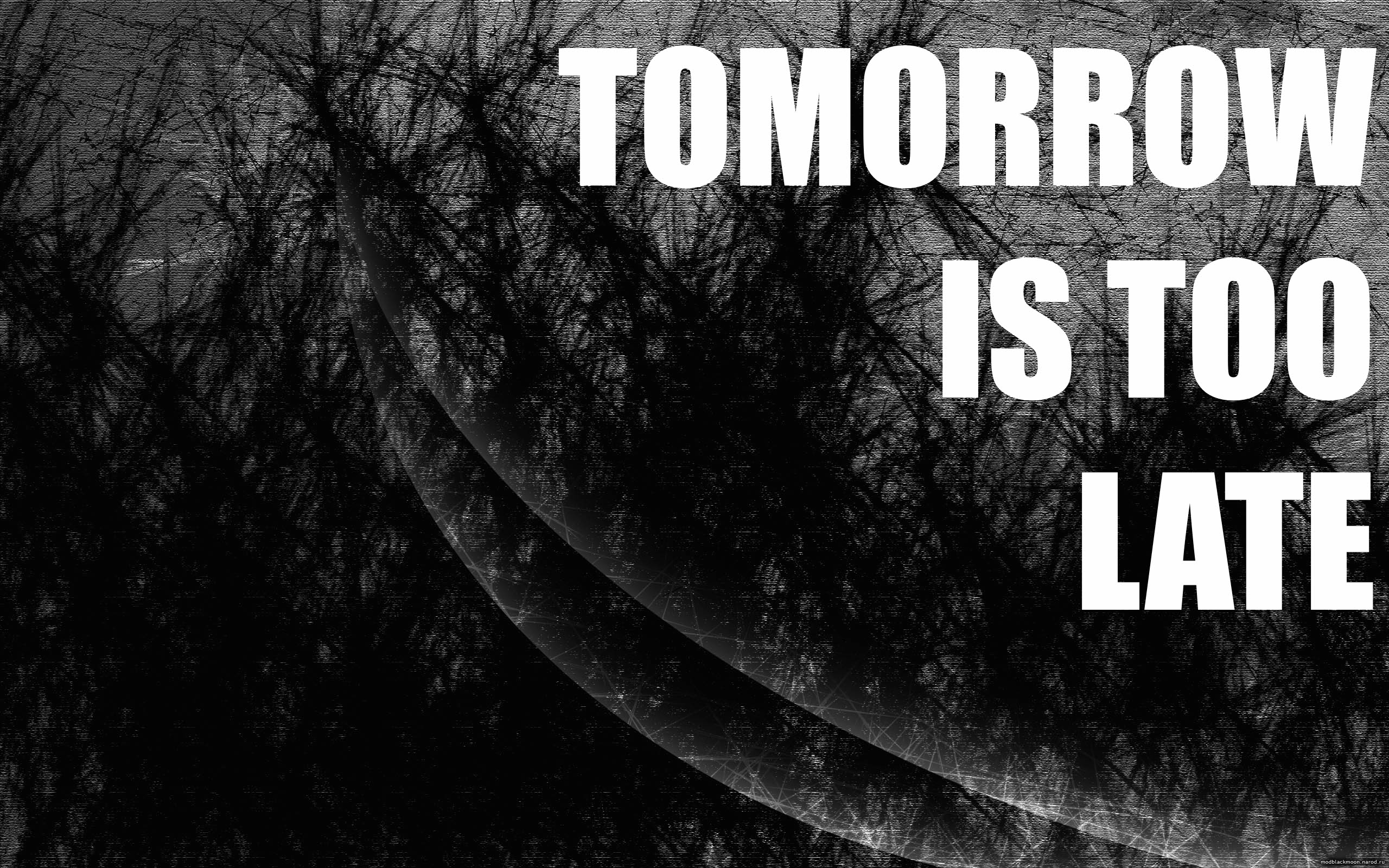 Then Pharaoh called Moses and Aaron and said, “Plead with the LORD to take away the frogs from me and from my people, and I will let the people go to sacrifice to the LORD.” Moses said to Pharaoh, “Be pleased to command me when I am to plead for you and for your servants and for your people, that the frogs be cut off from you and your houses and be left only in the Nile.” And he said, “Tomorrow.” Moses said, “Be it as you say, so that you may know that there is no one like the LORD our God. Exodus 8:8-10 ESV

The saying goes as follows: One day Hell’s angels came together to figure out a way to deceive Humanity. One said “lets tell them God doesn’t exist”. But the counsel shot that down because even the heavens declare the existence of God. Another shouted “Lets tell them God doesn’t Love them!” Again they shot this down because only a loving God would know the evil thoughts and deeds we do and have done and yet has grace and mercy to let us live another day. One more yelled “Lets tell them God doesn’t want them to be saved”. Once again the counsel declined this because the testimony of scripture is clear. God longs for relationship with his creations. Lastly one stood up and said “Lets tell the people that God does exist, and that God does love them, and that God does want them to be saved. But lets also add that there is no rush and they have plenty of time”. The counsel gathered together and considered the proposal and finally!!! they found the perfect way to deceive humanity.

I am often amazed at how similar our supposedly advanced culture is to the cultures of the Old Testament or better yet how similar people today are to people back in that time. Lets take the above mentioned passage of scripture to explain my meaning. Here we see Pharaoh pleading with Moses to petition God to deliver or take away the plague of frogs from him and his people. Seems harmless enough right? But when Moses asks when should he ask God to deliver the Egyptians, Pharaoh’s response is a peculiar one. The Egyptians had been dealing with a plague that was a debilitating nuisance and that essentially impacted every area of Egyptian life, causing dissension within themselves, their families, their friends, & their work place. Yet with all the chaotic turmoil that was going on, Pharaoh’s response to the call for deliverance was tomorrow. As if to say, don’t save me now, save me tomorrow. I know I’m stuck in my mess and people are suffering, but tomorrow. Families are being dismantled and businesses destroyed, but save me tomorrow.

I hope that the correlation is glaring, but in the case that they aren’t, let me illuminate the connections for you. Like Pharaoh, we too, are dealing with our own debilitating nuisances, which are impacting every area of life. These nuisances vary from one person to the next, but they all have one common denominator…SIN. Each and every one of us are dealing with a sin that is or has the potential to destroy ourselves, our families, our friendships, etc. And for what ever reason, we’ve grown insensitive and comfortable in this state, while adopting the deceptive mindset that salvation can wait until tomorrow. I think it is extremely ironic how the greatest gift God has given us is also something that we have absolutely no power to control. None of us can fast forward or rewind time. None of us can pause or restore lost time. None of us can dictate when our time began or when it will come to an end. Yet we are going about our lives taking Gods gift for granted. As if to say we deserve, or have worked for, or have earned these moments. The deceptive thing about deception is that those who are deceived do not know it.

I implore you today not to fall for this ploy of the enemy. Tomorrow is not guaranteed to you. Nor is the next breath you plan to take for that matter. So why wait? Why gamble with your eternity? This post is not written to the blatant unbeliever who rejects the Gospel. Or to the one struggling with rather the Bible is truly the word of God or not. We can address those matters in an entirely different post. This is, however, written to the ones who knows that the Bible is the word of God, yet think they can live as they want and get saved when they are 30 years old. This is for the one who says I need to get all my ____ out of me before I commit to the Lord. This is for the one who says, I can live my life the way I want, then ask for forgiveness and repent moments before I die. If that is your mindset, I’d like to remind you that Hebrews 9:27 declares the only thing promised to us is death and judgment. Commit now. Tomorrow is too Late!

This is a good read and confirmation as well. I was speaking with my husband the other day, how to recognize the enemy in all that takes place daily. When we argue, I have the tendency of not wanting to speak, I’ll shut down and think I’ll be able to resume when I’m ready. However, the word was spoken that my next breath was not guraneed and to fix it…Now! Nothing should make us so angry that we waste seconds,hours or even a day of not speaking when we can be praying, fasting, and finding ways for kingdom building. This post goes beyond people who think they have time to sin and repent later, but it all goes back to the now.

This is truly an amazing statement of how we live our lives . God wants you now , he want to Bless and Protect you and yours if only you will let him. Stop being missable and let God give you the joy you deserve !