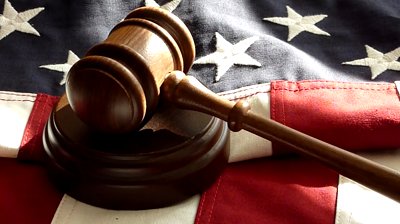 By now, I’m sure we’ve all seen or heard the news of the Supreme Court’s 5-4 vote to legalize same-sex “marriage” in the United States. I myself, along with many of you, read the articles and watch television with a heavy heart. I will not lie people. I am truly grieved. It is with much anguish that I write this blog. Notice I say anguish and not anger. I do not believe anger should be our response to this monumental ruling, but anguish. Just as our Lord lamented over Israel’s rejection of him in Luke 13:31-35, let us also lament over America’s continual rejection of him as well. but do so prayerfully. With sackcloth and ashes, let us cry out to the Lord, begging him to pour out his spirit upon this nation as he has done so many times before. Pray that he will first cleanse and purify your soul. Whether it’s that secret sin you’ve been struggling with, or your blatant rejection of scripture, Pray the Lord washes your feet and places you back in right relationship with him. Then pray for the nation. I know it looks bad out there, but as Evangelist John R. Rice once said, “Present-Day Wickedness, Apostasy and Modern Civilization Cannot Prevent Revival”. Therefore, pray without ceasing, that the Lord will grant us grace and mercy and give us another Azusa Street Revival like he did in the early 1900s, or another Brownsville Revival like he did in the 1990s. Pray that there will be a great turning from sin, and that America will once again come to know the truth of who the God of the Bible is, and worship him.

But don’t stop there. Prayer in and of itself isn’t enough. If nothing else, James 2 teaches us that faith apart from works is dead. So when your done praying, get up and live holy. Walk out the faith that you claim to have every single day. Fulfill the prophetic call of the Church to be light in this present darkness. Preach the gospel of Christ and make disciples of all men. Live with the mindset that you are a Kingdom Ambassador. Infiltrate this land with Kingdom teaching, stand for Biblical righteousness and live out the Titus 2 principles. If you haven’t already, you will soon hear and see people telling you to conform to the ways of this world. But I say reject that notion. Am I saying be rebellious? NO. Am I saying hurl insults at those who oppose our worldview? NO. Am I saying inflict bodily harm against opposition? NO. I am however, saying the Supreme Court is not the Supreme Being and our loyalty is to our heavenly Father first. Live with that in mind. Let every man who claims to be a Christian live as Christ lived, preach as Christ preached, and love as Christ loved.

We thought it was over when the Supreme Court ruled 7-2 in favor of abortion in the 1973 case of Roe v Wade. Since then, nearly 60 Million babies have been aborted (about a fifth of our population). Today, the pro life movement is stronger now than it was then. If we have learned nothing else about our Supreme Court, we’ve learned that they too, often get it wrong. The Supreme Court is not the Supreme Being.

Thank you my brother for sharing your thoughts on this matter. I would like to add that with all of this going on, it’s just another clear indication that the return of Jesus Christ is at hand. So be encouraged believers. Our Heavenly Father has everything under control. Blessings to you Don Carey…. AC

Great word and encouragement to walk upright and righteous to reflect tje light of christ to a dark world. Well stated man of God…well stated!